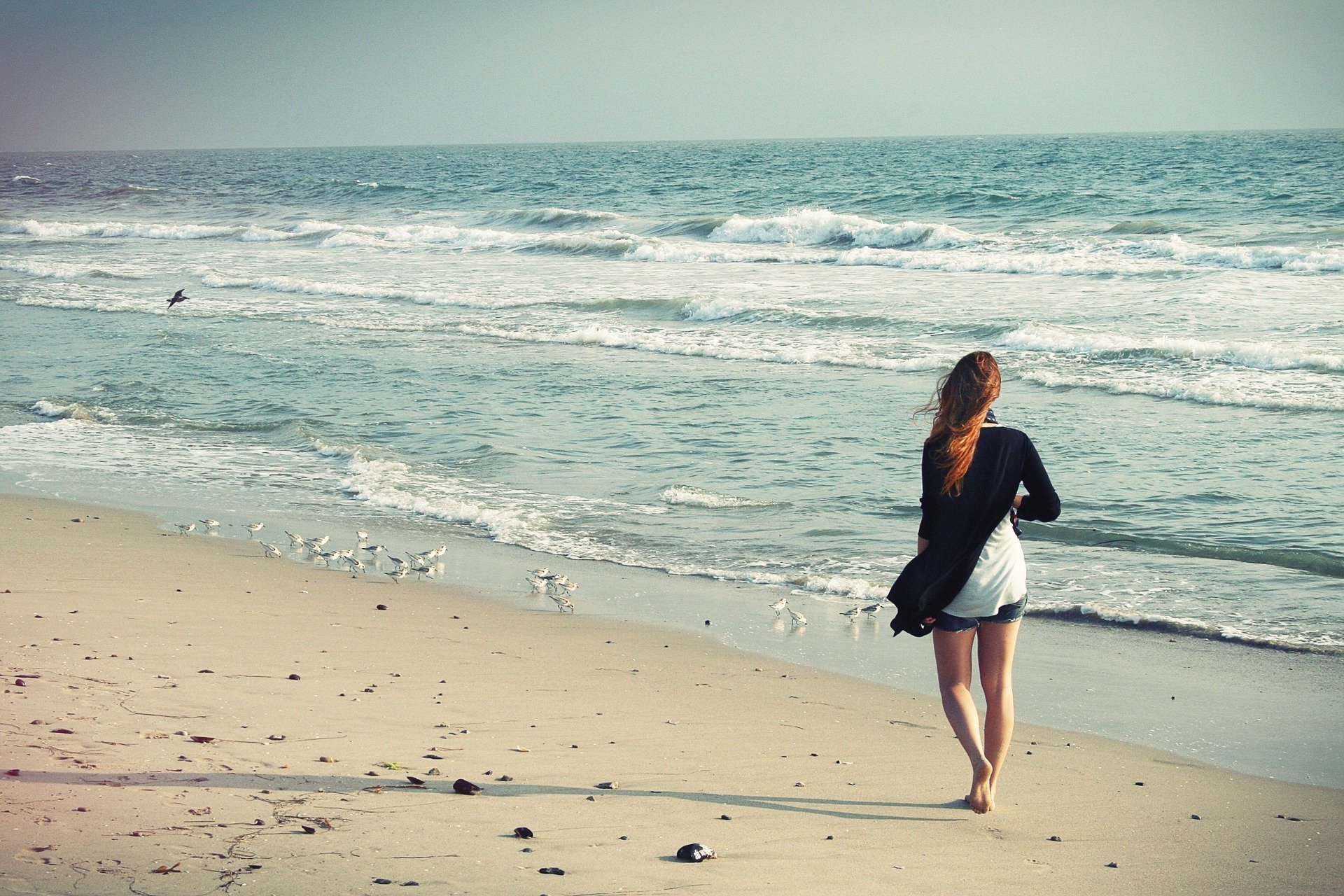 •  At age 24, Melanie Monteith was diagnosed with multiple sclerosis.  She had on-and-off bouts of fatigue, numbness and tingling, shock-like waves in her spine, diminished feeling in both arms, and issues with balance.

Simple daily tasks, even brushing her teeth or washing her hair, had become challenging.  She often braced herself against the wall, fearing she would fall.

Over the next 14 years, her condition deteriorated despite medical attention, forcing her to quit her job in sales for a communication company.  She had to use a cane, then walking sticks, then a walker, and a scooter.  When she walked, people asked her if she was OK, or if she was drunk.

She concluded she couldn’t have children.  How would she keep up?

Every day was a challenge, a test of survival.  She did not look forward to her tomorrows because her every tomorrow would be worse than her today.

In the fall of 2017, Melanie, who lives near San Diego, heard about grounding through a friend. Although skeptical, she gave it a try.  She was feeling awful, physically and emotionally, when she sat down in a grounded chair.

“My mood changed in 45 minutes,” she recalled. “The frustration was gone, replaced by calmness.  I hadn’t felt that way for a very long time.  I got out of that chair with a smile on my face.  My legs felt tingly.  I felt hopeful and alive.”

In the following two months, Melanie’s hopes turned into realities as a result of grounding day and night using a conductive sleep mat and patches.

“Every day or two, I notice some improvement,” she said.  “I am getting better all the time.”

She summed up her improvements this way:

In early 2019, Melanie contacted us and said, “I’m doing good. Strong and steady.  I’m still grounding as much as I can, and sleep with my patches and bed mat every night.  Grounding has changed my life. I no longer worry about trying to survive the day.  I’m excited about living my day and about tomorrow because I know there will be more improvements.  I want to shout this from the rooftops: Everybody with MS needs to be grounded.”

•  From a woman in Minnesota: “I started grounding with an Earthing mat a week ago, willing to give anything a try.  I have MS (many years duration) with lots of pain at times.  The first few nights I did not sleep well, but in the morning my pain was not as bad.  Throughout the day, I had more energy and was more awake, which is unusual for me.  After a week, I find it works great!  I am sleeping much better, can almost go all night without waking up!”

•  From a woman in Australia:  “I have MS and sometimes I go through bouts of anger.  I had been having difficulties emptying my bladder (brain messages not cooperating). Earthing completely annihilated these two problems practically straight away. I felt so much relief.   I have been grounding for over a year and before I started I could never sleep on my left side due to severe osteoarthritis in my left hip.  After 3 months I could lay on my left side for up to 15 mins, and, as time progressed, I could bear it for longer time periods. Now I can fall asleep. So many problems have disappeared over time. Grounding is a miracle! Just wish I knew about this when I was younger.”