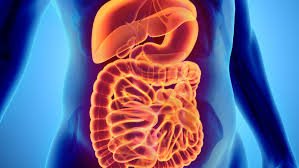 A small RNA molecule found in high levels in the gut of people with multiple sclerosis (MS) could be used to develop a new therapy for MS in the future, an early research study reports.

Orally giving this microRNA — called miR-30d — to mouse models of MS reduced the effects of the disease, which was linked to the growth of a specific bacterial strain. It also led to an increase in regulatory immune cells.

The findings of the study, “Oral Administration of miR-30d from Feces of MS Patients Suppresses MS-like Symptoms in Mice by Expanding Akkermansia muciniphila,” were published in the journal Cell Host and Microbe.

MS patients have been shown to have an altered gut microbiome — the diversity of microbes, including bacteria, fungi, and viruses, that live in the body’s gastrointestinal tract.

Human understanding of these complex communities has evolved rapidly in recent years. Scientists have been able to characterize key roles played by microbiomes from different parts of the body, including the gut, and link them to health and disease. Gut bacteria, for instance, are able to communicate with human cells and promote immune interactions.

A major focus has been to translate these findings into clinical applications. Many microbes are being researched as a way to develop disease-specific diagnostics, or as potential sources of new therapeutics.

Evidence from both MS animal models and patients points to imbalances in the gut microbiome as being linked to the disease. Some studies report an increase in bacteria associated with inflammation as a result of an aberrant gut microbiota composition. Others suggest the altered gut microbiome in people with MS may lead to deficits in cells — called T regulatory (Treg) cells — important in regulating immune responses.

Now, a team of researchers from Brigham and Women’s Hospital in Boston found a pathway unlocked by specific bacteria in the gut that could be explored to develop new therapies for MS.

While studying the role of the gut microbiome in MS progression, the researchers made an unexpected finding. They discovered that transferring fecal matter from mice at MS-like peak disease could ease disease symptoms in mice receiving the transfer.

The team identified a specific microRNA — a short RNA molecule that affects the expression or activity of genes — as the factor responsible for attenuating the disease. This particular microRNA, known as miR-30d, also was found to be present in high levels in the feces of untreated, relapsing-remitting MS (RRMS) patients.

The researchers then tested a synthetic or lab-made version of miR-30d, and found that when given orally to mice, it prevented disease development.

Further, miR-30d was found to promote the growth of one intestinal bacterial species, called Akkermansia muciniphila, which was previously suggested to have anti-inflammatory properties and help people overcome obesity.

The microRNA did so by “turning on” the production of an enzyme, known as lactase, that breaks down sugars in A. muciniphila. This prompted the bacteria to flourish in the gut. In turn, the expansion of A. muciniphila triggered an increase of immune Tregs, which helped suppress the MS-like symptoms in mice.

“It’s unexpected and perhaps counter-intuitive that something we find in the microbiome during peak disease could provide protection,” Shirong Liu, MD, PhD, the study’s lead author, said in a press release.

“But we hypothesize that the effects we’re seeing represent a protective mechanism. Most patients with relapsing-remitting MS spontaneously recover from acute attacks. What we’ve found here may be a part of that recovery rather than a reflection of disease progression,” Liu said.

Although more research studies are needed before these insights can turn into a therapy, the scientists believe the unexpected findings can open up a new avenue for treating MS and other human diseases.

“We’ve discovered a new mechanism to regulate the microbiome and treat human disease that hadn’t been known before,” said Howard Weiner, MD, the study’s senior author and co-director of the Ann Romney Center for Neurologic Diseases at the Brigham.

“The gut microbiome is known to play an important role in MS and other diseases. Our findings, which show that a microRNA can be used to target and influence the microbiome with precision, may have applicability for MS and many other diseases, including diabetes, ALS, obesity, and cancer,” Weiner concluded.

Ana Pena, PhD
Multiple Sclerosis: It's Not The Disease You Thought It Was
Overcoming MS: Tips for recovery from an MS attack
The Gut Microbiota and Multiple Sclerosis | Dr. Jens Walter | MS Society of Canada