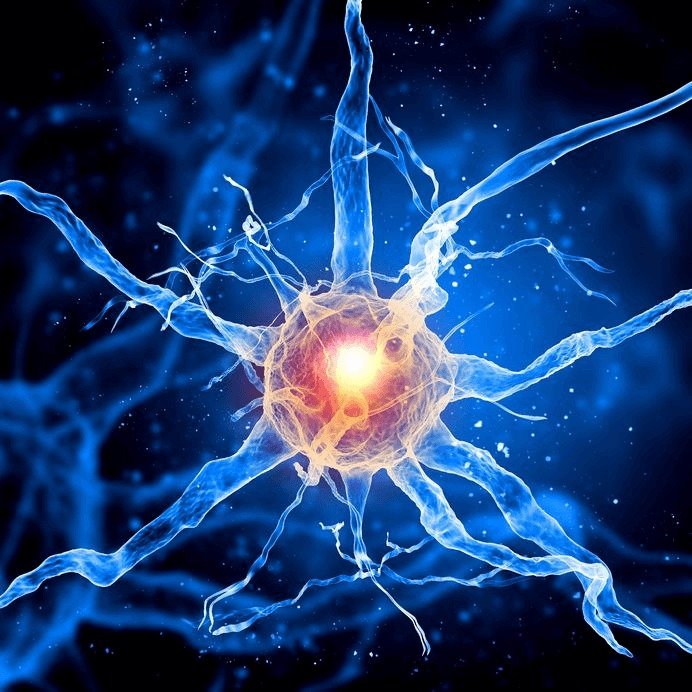 What if there were one natural treatment that could restore brain function, regrow damaged nerves and reverse the progression of multiple sclerosis? There may be! Lion’s mane mushroom has been used medicinally in Asia for centuries, but for some reason it’s one of the best-kept secrets in the West.

Besides being called "lion’s mane," Hericium erinaceus, is known by several other names including bearded tooth mushroom, bearded hedgehog, bearded tooth fungus and others. In Japan, it’s known as yamabushitake, which means “mountain priest mushroom.” It has a variety of other names, depending on the country.

In Asia, it is said that lion’s mane gives you “nerves of steel and the memory of a lion,” and from what science is revealing, that’s apt prose. Thus far, evidence exists that lion’s mane mushroom confers the following health benefits:

The science about lion’s mane is in its infancy, but evidence already points to unparalleled therapeutic benefits for numerous diseases of the central and peripheral nervous system, summarized in the table below, and the list seems to be growing by the day.

According to world renown fungi expert Paul Stamets, lion’s mane may be the first “smart mushroom,” providing support specifically for cognitive function, including memory, attention and creativity. It is reported that Buddhist monks have consumed Lion’s mane tea for centuries before meditation in order to enhance their powers of concentration.

This unique fungus contains a group of compounds that regenerate myelin along the axons, which opens the door to a world of neuroprotective benefits.

In one of the few human studies to date, older adults with mild cognitive impairment were given 250 mg powdered lion’s mane three times a day for 16 weeks and compared to another group receiving a placebo. The lion’s mane group scored significantly higher on the cognitive function scale compared with placebo, with no adverse effects. This study should prompt scientists to investigate the therapeutic efficacy of these fungi for dementia patients. 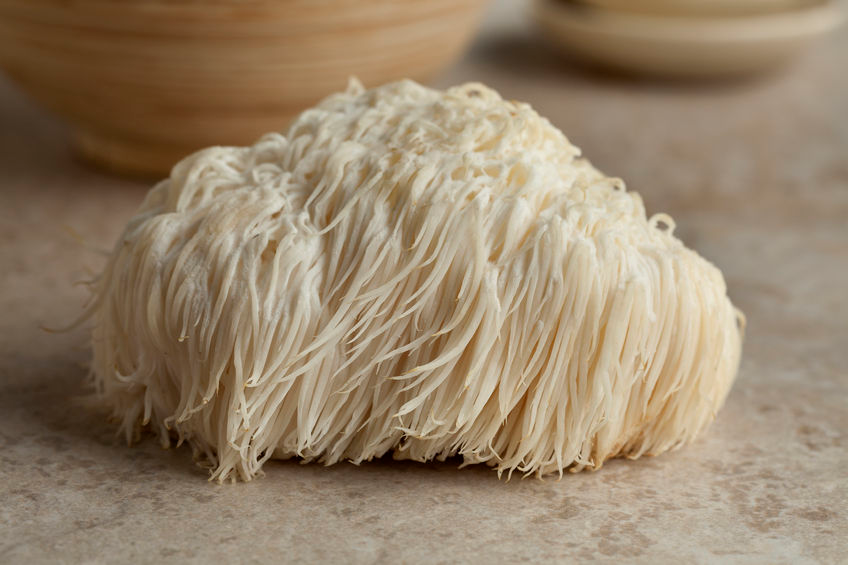 One of the reasons for his mushroom’s exceptional neuroprotective powers is its ability to stimulate synthesis of Nerve Growth Factor (NGF). NGF is a protein that plays a major role in the maintenance, survival and regeneration of neurons in both your central and peripheral nervous systems. Lion’s mane contains two unique types of compounds, hericenones and erinacines. The erinacines found in Hericium erinaceus mycelium are among the most powerful NGF inducers in the natural world, able to cross your blood-brain barrier and stimulate production of new neurons within the brain itself.

With many neurological disorders, the brain is unable to manufacture NGF—in fact, this is thought to be one of the primary mechanisms underlying Alzheimer’s disease. Making matters worse, myelin sheaths and the blood-brain barrier prevent your body from accessing external sources of NGF, and this contributes to the progressive deterioration of brain neurons over time.

Lion’s mane is the only mushroom to demonstrate significant potential for nerve regeneration. In a groundbreaking 2014 study, an oral extract proved effective in promoting peripheral nerve regeneration after surgically-induced crush-injuries in rats.

NGF also plays important roles in myelination, including protecting oligodendrocytes (myelin-producing cells) and the production of BDNF (Brain-Derived Neurotrophic Factor). In 2003, lion’s mane extract was found to stimulate nerve myelination, which was confirmed by a later study (2013). This finding has huge implications for helping individuals with multiple sclerosis, a disease characterized by progressive demyelination.

As an aside, there is actually another mushroom that may prove helpful with demyelination—Phellinus igniarius, otherwise known as willow bracket. One study found its extract suppressed demyelination as well as suppressing many of the immune cells active (or overactive) in multiple sclerosis.

Lion’s mane has also been shown to reduce beta-amyloid plaques. Beta-amyloid plaques are proteins that form in the fatty membranes that surround nerve cells, interfering with neurotransmission. These plaques are thought to play a role in neurodegenerative diseases such as Alzheimer's and Parkinson's.

In a compelling animal study, mice were injected with neurotoxic peptides (to induce plaque formation), in order to assess the effects of lion’s mane on the type of amyloid plaque seen in Alzheimer’s sufferers. As the plaque developed, the mice lost their ability to memorize the maze, but when they were fed a diet containing lion’s mane mushroom, their performance in the maze significantly improved. In addition to regaining their former cognitive skills, they gained NEW cognitive skills—something akin to curiosity, as measured by greater time spent exploring novel objects compared to familiar ones. The reduction of beta amyloid plaques in the mushroom-fed mice was remarkable.

Lion’s mane also shows potential in the treatment of anxiety and depression. In a study involving menopausal women, the mushroom reduced depression and anxiety by some mechanism other than its NGF-enhancing properties. The effects were particularly strong in lowering anxiety, reducing feelings of “irritation” and enhancing concentration. So the Buddhist monks were right!

Benefits Beyond the Nervous System

As with many mushrooms, lion’s mane has a number of other therapeutic actions resulting from its anti-inflammatory and immunosupportive properties, including the following:

Lion’s mane mushroom has earned its right to be in your kitchen pantry and medicine cabinet. I’m sure we’ll be seeing many more studies illuminating its therapeutic potential in the near future.

Although the mushroom’s availability is limited to hardwood forests and a few gourmet food shops, kits are available that allow you to grow your own lion’s mane at home. Lion’s mane mushrooms are 20 percent protein and can be prepared using standard culinary techniques, just like any other edible mushroom. Mushroom Forager describes this oddball’s appearance as sort of like a “faceless hedgehog,” or a truffula tree out of The Lorax—so, they’re rather easy to spot. Does it taste like chicken? No, in this caselobster... or so they say, as I’ve not partaken myself.

According to Mushroom Forager:

“Lion’s mane has no look-alikes, edible or poisonous, and all forms are edible and delicious in the kitchen.”

You’ll will find lion’s mane in the forests of North America, Europe and Asia during the summer and fall, typically attached to dead or dying hardwood trees and logs, including maple, beech, oak, birch, walnut and sycamore. Lion’s mane is also widely available as a supplement and comes in powders and liquid extracts. Some serious allergic reactions have been reported, so please take ample precautions.

Valerie Burke, MSN is a freelance health writer in Olympia, Washington, with backgrounds in both allopathic and integrative medicine and a master's degree in nursing science. Her areas of interest include nutrition, energy psychology, EMF protection, and integrating principles of holistic health to create balance in mind, body and spirit. You can learn more about her at www.shungitequeen.com