How to Treat Multiple Sclerosis with Diet 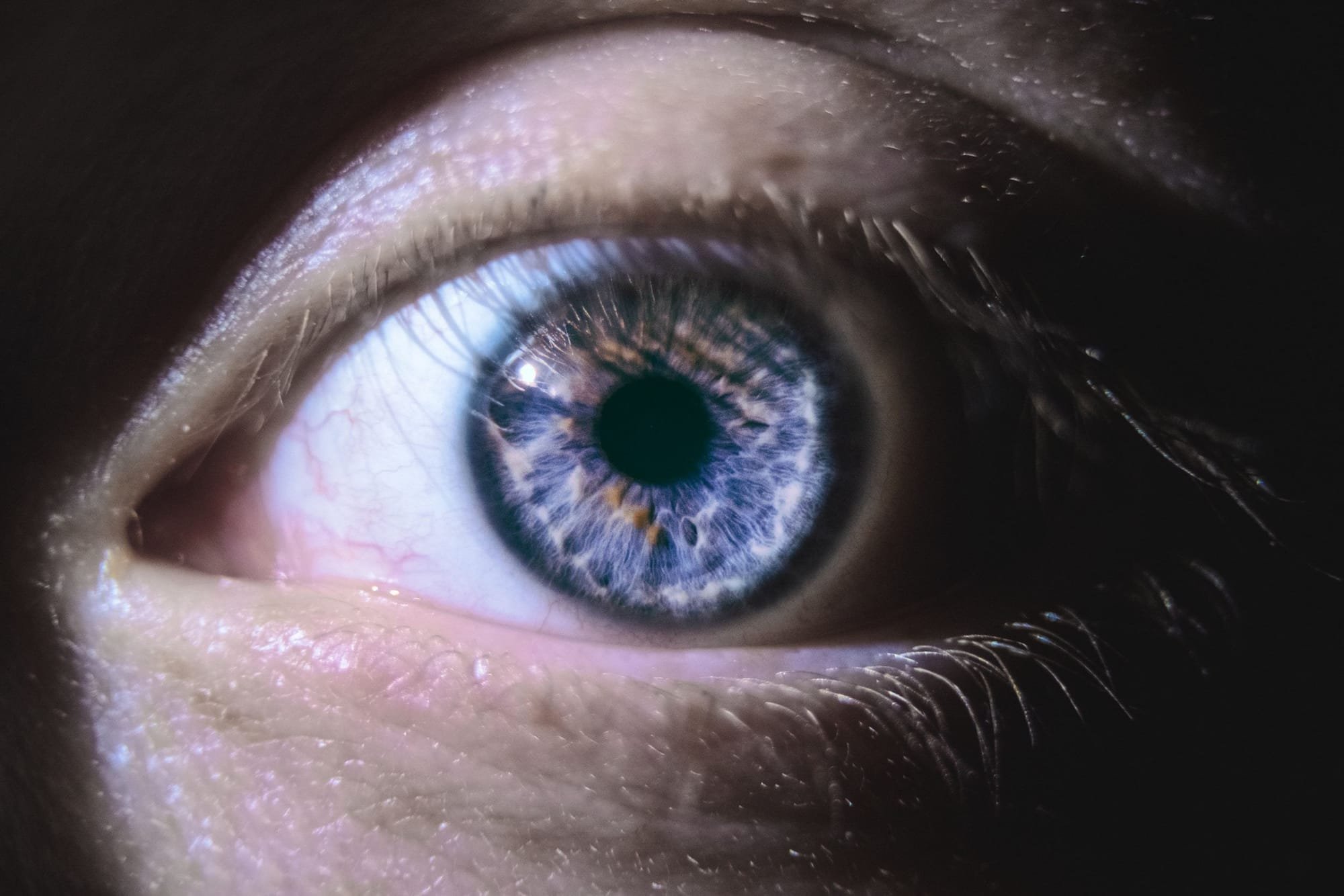 Multiple sclerosis is an unpredictable and frightening degenerative autoimmune inflammatory disease of the central nervous system in which our body attacks our own nerves. It often strikes in the prime of life and can cause symptoms in the brain, such as cognitive impairment; in the eye, such as painful loss of vision; as well as tremors, weakness, loss of bladder control, pain, and fatigue.

The most frequently prescribed drug for multiple sclerosis is interferon beta, which can make one feel lousy and cost $30,000 a year. But hey, it might be worthwhile—if it actually worked. We learned recently that it doesn’t seem to prevent or delay long-term disability. That leaves chemo drugs like mitoxantrone that causes irreversible heart damage in one out of every eight people who go on the drug and causes cancer (leukemia) in nearly 1% of people who take it. But MS is no walk in the park either.

If only there was a cheap, simple, safe, side-effect free solution that also just so happened to be the most effective treatment for MS ever prescribed…

Dr. Roy Swank, who we lost recently at age 99, was a distinguished neurologist whose research culminated in over 170 scientific papers. In the video, Treating Multiple Sclerosis with the Swank MS Diet, I highlight a few.

As far back as 1950, we knew there were areas in the world that had a lot of MS—North America, Europe—and other places—Africa and Asia—that hardly had any. And migration studies show that those who move from a high risk area to a low risk area significantly drop their risk, and vice versa. So it seems less genetic and more lifestyle.

Dr. Swank had an idea. As he recounts in an interview with Dr. John McDougall at the ripe young age of 84, “it seemed possible to me that this could be a matter of food, because the further north you go the less vegetarian a life is led and the more people are carnivores, you might say—they spend a lot more time eating meat.”

After looking at the multiple sclerosis data from World War II in occupied countries where meat and dairy were rationed, along with his famous study in ’52 that found that the frequency of MS related directly to the amount of saturated animal fat consumed daily in different areas of Norway, he concluded that it might be the animal fat that was causing the increased risk. He decided to put it to the test by restricting people’s intake of saturated animal fat, most commonly coming from dairy and chicken in the U.S. (See Trans Fat, Saturated Fat, and Cholesterol: Tolerable Upper Intake of Zero).

In Treating Multiple Sclerosis with the Swank MS Diet, you can see data on his first 47 patients before cutting out about 90% of the saturated fat from their diet and after, showing a decrease in both the frequency and severity of MS attacks. Normally, we’re lucky if we can get people to stick to a diet for six months, and so that’s why most dietary trials last a year at the most. The first study he published reported results from the first three and a half years.

How did his patients do? If we can get to people early in their disease, when they’re only mildly disabled, and restrict their saturated fat intake, Dr. Swank showed he could stop their disease in 95% of cases—no further disability 34 years later. But if they started slacking on their diet—even years in, their disease could become reactivated. They felt so great that some felt that they could cheat a little bit, since they had their disease so well under control. But eating just eight grams of saturated fat more a day was accompanied by a striking increase in disability and a near tripling of their death rate.

How about a 50 year follow-up! They were able to track down 15 of the original patients that stuck to the diet, now in their 70s and 80s, with multiple sclerosis for over 50 years, and 13 out of 15 were walking around normal in all respects. Conclusion: “This study indicated that, in all probability, MS is caused largely by consumption of saturated animal fat.”

Dr. Swank thought it was the sludging of the blood caused by even a single meal of saturated fats that can clog tiny capillaries that feed our nervous system. Diets rich in saturated fat and cholesterol can thicken the blood and make our red cells sticky. A single meal of sausage and eggs can stick our blood cells together like rolls of quarters. And that kind of hyperaggregation can lead to a reduction of blood flow and oxygenation of our tissues. What’s in sausage and eggs that may cause so much inflammation? See my video series on endotoxins described in my blog How Does Meat Cause Inflammation?

If we put someone’s blood through a machine that sucks out about 90% of the cholesterol in their blood, we can demonstrate an immediate improvement in microcirculation in the heart muscle. But what about the brain?

The eyes are the windows… to our brain. We can visualize—in real-time—changes in blood vessel function in the retina at the back of the eye, which gives us a sense of what’s happening further back in the brain. And if we lower the cholesterol level in the blood, we can immediately get a significant improvement in vasodilation—the little veins open wider and let the blood flow.

So yes, it could be the animal fat leading to clogging of our capillaries, but now we know animal fats can have all sorts of other deleterious effects such as inflammation, so who knows what the actual mechanism may be by which cutting animal fat can cut MS progression. Regardless, patients with MS that follow a diet with no more than 10 or 15 grams of saturated fat can expect to survive and thrive to a ripe old age. Of course, cutting out saturated fat completely might be better, given that heart disease is our number one killer.

The bottom line is that the results Dr. Swank published remain “the most effective treatment of multiple sclerosis ever reported in the peer reviewed medical literature.” In patients with early stage MS, 95% were without progression of their disease 34 years later after adopting his low saturated fat dietary program. Even patients with initially advanced disease showed significant benefit. To date, no medication or invasive procedure has ever even come close, to demonstrating such success.

This all begs one big obvious question: If Dr. Swanks results are “so stunningly impressive, why haven’t other physicians, neurologists, and centers adopted this method of treatment?” One reason may be that MRI machines weren’t invented until the 1970s, decades after Dr. Swank’s study began. MRIs are how we track the progress of MS today. We don’t have to rely on patients’ subjective reports or doctor’s clinical judgments, we can see the disease get better or worse right there in black and white.

It’s like in the 1970s when Nathan Pritikin appeared to reverse heart disease by the thousands but no one took him seriously until angiography was invented and the likes of Ornish and Esselstyn (see Our Number One Killer Can Be Stopped) could hold up angiographic images, proving conclusively that a plant-based diet could help literally open up arteries.

So what we need is someone to repeat Swank’s experiment today with MRI scans every step of the way. And I’m happy to report that exact experiment was just completed by Dr. John McDougall. Dr. Swank was one of Dr. McDougall’s heroes, and Dr. McDougall is one of mine. Study enrollment was completed last year and we should have the full results soon.

I touched on this in my live 2013 year-in-review lecture More Than an Apple a Day, but I’m excited to be able to take a deeper dive into this extraordinary story.

Those interested in supporting Dr. McDougall’s landmark study (headed by Dr. Dennis Bourdette, M.D. and under the supervision of Dr. Vijayshree Yadav) can donate to his nonprofit McDougall Research & Education Foundation (you can also donate to NutritionFacts.org to help keep us bringing you similarly underreported yet life-saving science).