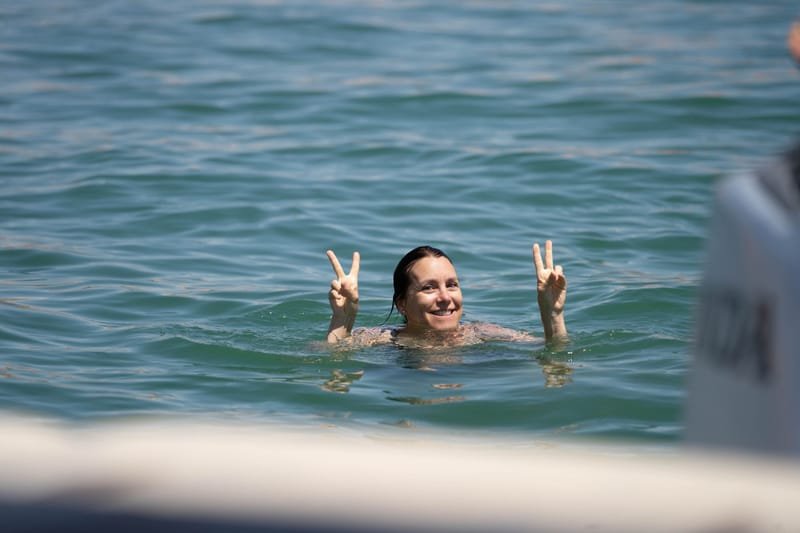 THE IMPORTANCE OF HYDRATION

As you have probably been told from a young age water is very important for optimal wellbeing.  Water makes up around two-thirds of the body's weight and it is needed second only to oxygen for the body to function.

The intake of many items in the diet can complicate the levels of hydration in the body (fluid balance) meaning that the amount of water you take in can be compromised as it is additionally needed to deal with:

Dehydration - even to a small level - can be  problem in MS as it can make some of your symptoms worse.

There has been a handful of studies recently suggesting that hydration status could have an impact on levels of fatigue in MS.  Whilst this is this is yet to be 'proven' it would make sense as for people without MS, a reduction in hydration can make them feel tired - so It would for this hypothesis that the same was true of people with MS.  This research is being tested at a number of sites in the UK so we await the results, but it's one of those tips that cant harm if you try as water is so important for bodily processes.

The MS trust focusses on the importance of hydration in  terms of increasing symptoms of:

The recommended amount of water to be taken in per day is between 1.5 and 2 litres; more if you are exercising or if the weather is particularly warm.

It is not commonly understood exactly what Multiple Sclerosis (MS) does inside the body. The cause of MS is currently unknown and there is no cure however, there are many treatments that focus on reducing symptoms and improving quality of life. 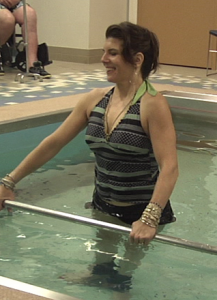 Found on MS LifeLines, there are ten symptoms to look for including: cognitive issues, vision problems, depression, fatigue, pain, bowel/bladder, sexual issues, weakness and walking/balance. Each person with MS experiences the disease differently, in what the symptoms look like and the time they last.

The benefits of aquatic exercise and immersion are beginning to emerge for specific chronic medical conditions. Many adults find relief and an improvement in balance in water. Multiple studies have been done on the effects of aquatics on MS. Recently published by the Persian Journal of Medical Sciences, a study examined forty women of all different ages with MS and divided them into two groups: a control group and an aquatic therapy group. Results of the review found significant improvements in the aquatic therapy group, which were not present in the control group.

This research is great because many of our customers have also experienced benefits for those managing MS. In a case study from Pieters Family Life Center in Rochester, NY, Kim, a single mom of three, does all the things that any mom of three needs to do while dealing with the effects of MS for the last 13 years. Although, it has been over ten years, Kim has noticed the symptoms rapidly increasing within the last three years. These effects cause her to use crutches to get around at work and home and to use a wheelchair for longer travels.

Barb Cacia, Wellness Director at Pieters Family Life Center was approached by Kim when was she was not finding land-based therapy effective. She began using aquatic therapy and the benefits of the water such as buoyancy, resistance and endurance which allowed her to make common movements again. Barb continued through the sessions working hard on improving Kim’s core and hip strength and has seen great results.

Kim’s sessions began with a warm up on the underwater treadmill which included side walking, backward walking, lifting her knees and ankle pumps. Performing these motions made Kim notice right away that her muscles were not corresponding with her brain and took until the middle of her therapy session for them to connect.

I first discovered that changes in temperature can affect the symptoms of MS when my doctor suggested I try taking a cold shower. I had woken up that morning with a sore throat and a slight fever. Being a doctor myself, I had no one to call for help over something so ordinary as the common cold; but I reached for the phone on that occasion because I could hardly move. It was not until my doctor had explained that my fever was affecting my strength that I recalled a simple lesson I'd learned years before in medical school—namely, that in the old days, the diagnosis of MS was often made by putting the patient in a tub of hot water for 15 minutes and seeing what happened. Marked deterioration was characteristic of MS, just as great improvement could be expected if the hot water were replaced with ice cold water. My cold was like a hot tub: just a 1.5-degree Fahrenheit elevation in body temperature was enough to lay me flat.

So I followed the first part of my doctor's advice—to take Tylenol—and found that my strength gradually returned as my fever receded. Later, when I was feeling better, I followed his second suggestion—to take a long, cool shower—and I was amazed to find that I was still stronger! Although not everyone with MS experiences such a dramatic response to changes in temperature, knowledge of this temperature effect is extremely important for those who do.

From that day on, I have begun each day with a cool shower. At first it was most unpleasant. But I found that starting the shower with tepid water and gradually decreasing the temperature was more comfortable. Because I was a research scientist, my inclination was to measure the effect of what I was doing, and I soon learned to adjust the temperature and duration of my morning shower to consistently reduce my body temperature 0.5 to 1.0°. This small change was enough to increase my strength significantly (measurable in several ways) for a few hours. It was a great boon to my ability to work productively—at least in the mornings. And that's when I had the idea that a midday swim might boost my energy level for the rest of the day.

MS Exercise in a Hydrotherapy Pool. It didn't take me long to realize that I'd been missing something very important—a good way to burn enough calories to keep my weight in check, while experiencing the pleasant psychological effects of a regular exercise regimen.

I was fortunate to be able to build a swimming pool in my backyard, and set about doing so right away. Once my pool was ready, it didn't take me long to determine that if I kept the water at about 78° and swam for 30 minutes, I could drop my temperature by as much as 2.5°! The improvement in my strength was dramatic—much more than after a cool shower. This is most likely due to the fact that swimming is an enjoyable way to spend half an hour, whereas a cool shower is difficult to stretch beyond 15 minutes.

You might wonder why a person could not just stay in a well air-conditioned room—say at about 70°. The answer is that the human body uses a set of regulatory devices to resist decreases in temperature, and as long as the body is surrounded by air (which is a poor conductor of heat), these devices are efficient enough to maintain internal temperature at 98.6 degrees. Water, in contrast to air, is an excellent conductor of heat; when the body is immersed in cool water, the body's regulatory devices can no longer prevent the internal temperature from falling. The speed of temperature fall and the final level attained are determined by how cold the water is and how long the immersion lasts.

(The body's regulatory devices for losing heat are also overwhelmed by water's conductive efficiency. That is why it is dangerous to remain in water that is warmer than about 104°. People with disabling conditions which are ameliorated by heat, such as arthritis, must pay attention to the temperature and duration of their warm hydrotherapy workouts.)

When I began my daily swimming, it was the first really vigorous exercise I had had for a long time. It didn't take me long to realize that I'd been missing something very important—a good way to burn enough calories to keep my weight in check, while experiencing the pleasant psychological effects of a regular exercise regimen. That fall, as I made arrangements to close the pool for the winter I began to dread the prospect of doing without my daily swim until the next spring. That's when I found out about swimming machines.