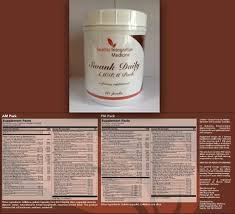 The top 15 supplements for natural MS treatment starting with the most important! 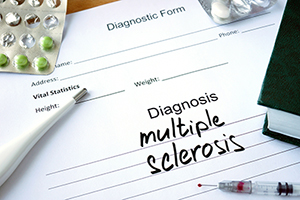 Before we get to supplements, let’s talk diet. MS is actually the subject of the longest clinical trial of a dietary intervention to treat a medical condition. Beginning in 1949, Dr. Roy Swank treated a group of MS patients with a modified low-fat diet. Whole milk, cheese, butter, margarine and all sources of trans-fats were prohibited. The diet was supplemented with one tablespoon of cod liver oil per day, and participants were encouraged to consume fish three times per week.

After 34 years of follow-up—unprecedented in nutritional science—there were dramatic reductions in disability compared to a control group on an indiscriminate diet. Fifteen patients adhered to the diet for 50 years; thirteen remained active and free of limitations, while only two needed assistance to walk.

But recently, a new paradigm has been embraced to combat MS—the Paleo Diet, best exemplified by the Wahls Protocol. Recently, we had the opportunity to interview Dr. Terry Wahls, herself a testament to the diet’s efficacy. Virtually crippled with MS and relegated to a wheelchair after several ineffective rounds of powerful immunosuppressant drugs, Wahls found her way to recovery by means of rigorous adherence to a version of the Paleo Diet that eliminates “modern” foods.

She recently obtained a seven-figure grant to undertake a comparative studietdy of the Swank Diet vs. the Wahls Protocol for MS patients at the University of Iowa. My personal preference is for the McDougall diet which I belive is an improvement on the Swank Diet.

When it comes to supplements, here are the ones with the most scientific mojo: 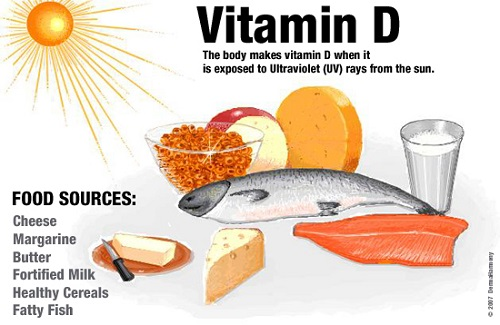 1) Vitamin D: Studies show that MS cases cluster at extreme northern and southern latitudes. This led to speculation that sunlight conferred protection against autoimmunity. In fact, several studies have now confirmed the promise of high-dose vitamin D in MS. 10,000 IU per day seems safe for most people, but those considering higher doses should do so under the supervision of a health practitioner. Vitamin D is best sourced directly from the sun without sun screen - just be sure not to get even a slight sunburn!

The Light Side of MS Although the risk of multiple sclerosis (MS) is often blamed on genetics, there are significant geographic variations in MS frequency, which suggests strong environmental factors may be at play.

One such factor is sunlight exposure and vitamin D. MS is rare in Asia, the tropics and the sub-tropics, and strong correlations exist between MS, location, and duration and intensity of sunlight.

In short, sunlight exposure has been linked to a reduced risk of MS, and vitamin D deficiency (caused by a lack of sun exposure) has been suggested as a cause of MS.

A review of epidemiological studies found a protective role of vitamin D for MS. Meanwhile, animal studies have found that an injection of vitamin D3 can prevent experimental autoimmune encephalomyelitis (EAE), which is an animal model of MS. Vitamin D deficiency accelerated the onset of EAE in animals.

The researchers concluded that vitamin D supplementation, at levels higher than are currently recommended by the Institute of Medicine, may help to reduce the risk of MS.

Other environmental factors that may also increase the risk of MS include infection with the Epstein-Barr virus and cigarette smoking.

It is widely known that your risk of MS increases the farther away you live from the equator.

Quite simply, one of the best things you can do for your health -- getting enough regular exposure to sunshine on your uncovered skin so your body can produce optimal amounts of vitamin D -- can greatly reduce your risks of developing serious autoimmune diseases like MS.

In fact, a lack of sunlight was identified as a risk factor for MS as early as 1922. Vitamin D has been shown to positively affect MS by changing the status of chemicals called cytokines, which modulate your immune system and can either fight or increase inflammation.

One study found that sunlight exposure reduced the death rate from MS by as much as 76 percent!

Within the United States and Canada, you are roughly twice as likely to develop MS if you spent your childhood in northern states than if you did so in more southerly states. The "cutoff" age appears to be 15; your likelihood of developing MS remains higher if you lived as a child in a less sunny climate, even if you move farther south as an adult.

Still, one of the most important things you can do at any time in your life is to make sure your vitamin D levels are where they should be (The OPTIMAL value that you’re looking for is 50-55 ng/ml (115-128 nmol/l).)

Ideally, you should get the vitamin D you need by getting regular sun exposure. If you live somewhere where this is impossible year-round, you can use a safe tanning bed that has the potentially harmful X-rays and electromagnetic fields eliminated.

Alternatively, you can take a high-quality vitamin D3 -- this is the ONLY safe form of vitamin D supplement -- but you should have your levels checked regularly to make sure you don’t overdose.

You can find out all the important details about sunlight and vitamin D in my upcoming book Dark Deception, which is coming out soon.

Tips for Preventing, and Normalizing MS

Prevention is the best option for MS, as this disease is not a simple thing to put into remission. The chance of going into remission with conventional treatments is close to zero, but your chances increase considerably when employing intelligent natural therapies including:

Further, in my experience with MS patients, there is nearly always a precipitating traumatic emotional event that causes your immune system to crash, leading to the disease. Through my experiences, I have found that they are typically related to close family members. Troubled relationships with spouses, parents, siblings, deaths and divorces are very common triggers for MS.

Issues related to this event need to be addressed by using an effective energy psychology tool like the Emotional Freedom Technique (EFT), but only with the help of an experienced practitioner. 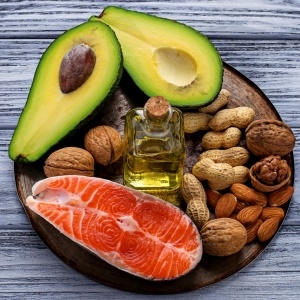 2) Omega 3 fatty acids: There’s strong scientific rationale for neuro-protection by EPA and, especially, DHA. The success of the Swank Diet might be due, at least in part, to swapping out “bad” hydrogenated fats for healthy omega 3’s from cod liver oil (rich in D, too) and fish. Yet, surprisingly, studies don’t bear out the efficacy of fish oil supplements for MS. But proponents of Omega 3s argue the research was of too short a duration, may have used too little fish oil, or may have involved patients too far gone in MS progression to see any difference. I continue to be a believer in high-dose fish oil for my MS patients. 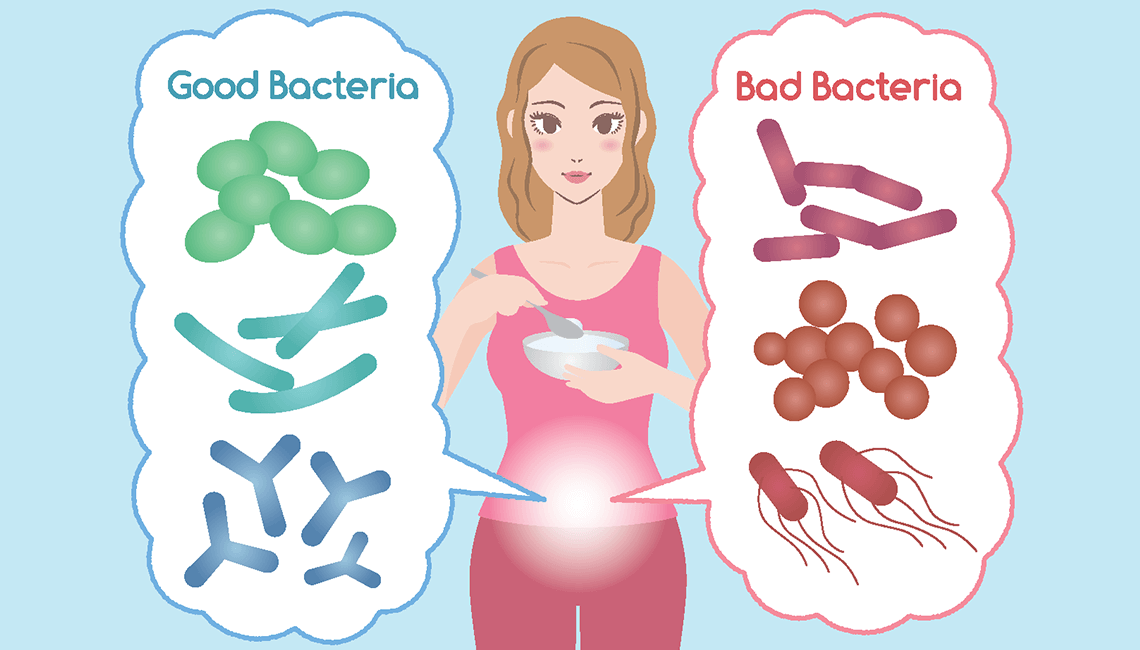 3) Probiotics: According to mounting research evidence, a distinct gut-brain connection is at the root of many neurological disorders from autism to Alzheimer’s Disease. A recent study indeed confirms that probiotic administration can ease the symptoms of MS. 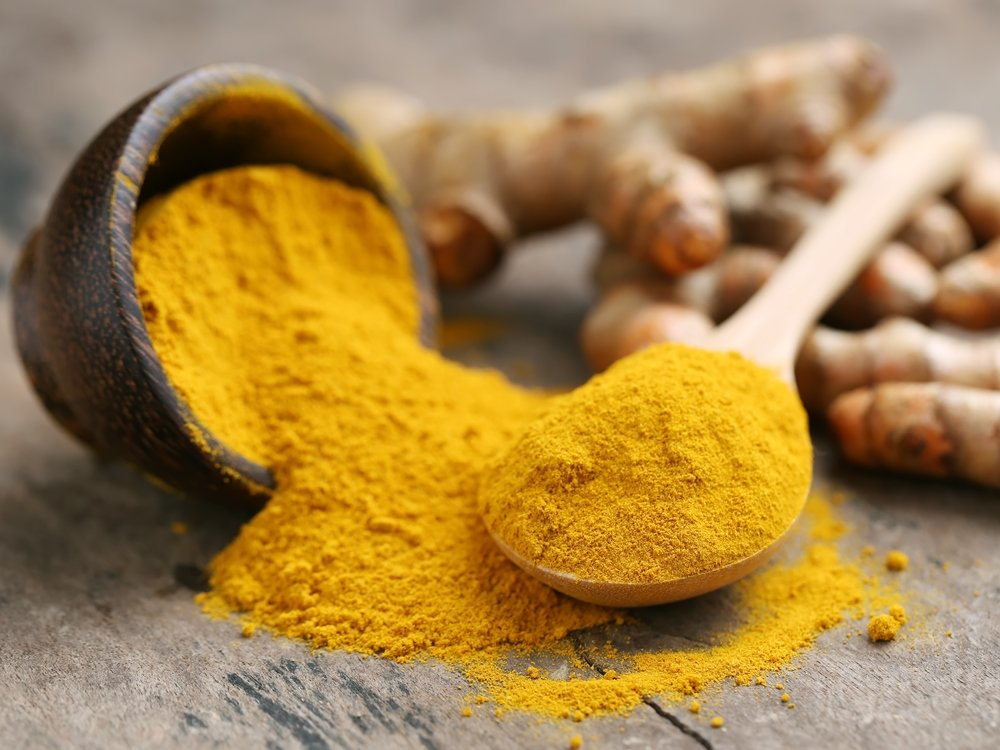 4).Curcumin: A derivative of the curry spice turmeric, curcumin is known as a potent anti-inflammatory. A recent study confirmed effectiveness of curcumin in an animal model of MS. 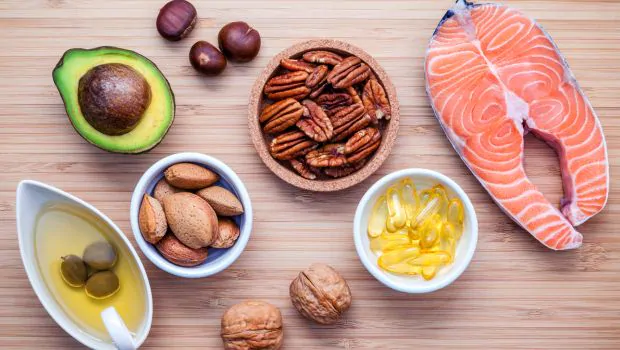 5) Vitamin B3/Nicotinamide Riboside: Another pathway that supports energy production in the brain is via NAD (nicotinamide adenine dinucleotide). Thus vitamin B3—nicotinamide—is essential for mitochondrial function. The authors of a recent review theorize that an even more “body-ready” precursor of NAD, nicotinamide riboside, may be even more helpful than ordinary vitamin B3: “Thus we may expect therapeutic benefits from nicotinamide riboside administration in both MS models.” I recommend Niacel 250 mg twice daily for MS.

6) Glutathione: The premier antioxidant in the brain, glutathione supplementation has the potential to slow brain deterioration. Since oral glutathione may be poorly absorbed, I suggest using its precursor, N-acetylcysteine (NAC) 500 mg twice or three times daily. Additionally, a new innovative probiotic product, Reg’Activ, has the ability to generate glutathione within the body.

7) Alpha lipoic acid: Free radical damage may be at the heart of MS; antioxidants are said to shield myelin from attack. Alpha lipoic acid is a premier antioxidant that has been shown to cross the blood-brain barrier. Fifty-four patients were given 600 mg of alpha lipoic acid twice daily for two years. A significant reduction in brain atrophy was noted (P < .004), with a trend toward increased walking speed and a decrease in the number of falls.

8) Pycnogenol: Another star player in the antioxidant constellation is pycnogenol, a potent extract of pine bark, rich in proanthocyanidins. In lab experiments, but not yet in human trials with MS patients, pycnogenol has demonstrated a profound anti-inflammatory effect

9) Biotin: Known for its role in supporting nail, skin and hair health, biotin is now being investigated as a potential drug for the most resistant form of MS—progressive MS. But the dosage used is far higher than available in conventional supplements—300 milligrams per day and more. When used at these levels, biotin requires physician supervision, because high blood levels can lead to misleading blood test results.

10) CoQ10: Since mitochondrial energy deficits may underlie neurological impairments in MS, CoEnzyme Q10 is a logical candidate for MS support. A recent double-blind placebo controlled trial examined the effect of high-dose CoQ10 (500 mg per day) on fatigue and depression in MS patients. After 12 weeks, significant improvements were seen. Theoretically, a similar benefit might be achieved with a lower dose of Ubiquinol, which is said to be 2-3 times as potent as CoQ10.

11) Sulforaphane: Known for its anti-cancer effects, sulforaphane has been shown to be powerfully neuro-protective. Its benefits may be ascribed to its ability to activate the nrf2 pathway.

12) L-threonine: Spasticity is a common problem in MS patients, causing pain and disability, necessitating the use of drugs that are at best only partially effective. L-threonine has been shown in some studies to have the ability to cross the blood-brain barrier, producing moderate improvements in spasticity in patients with MS. I recommend magnesium threonate (Protosorb Magnesium) which combines the benefits of threonine and magnesium to alleviate muscle spasm.

13) Moducare:The potential of plant sterols (sterinols) for combatting inflammation and autoimmunity has been investigated. Moducare is a product I use for MS at a dosage of 1 capsule twice daily away from food.

14) Carnitine/Acetyl-L-Carnitine (ALC): It stands to reason that that carnitine might be helpful for boosting energy in MS patients. But while some studies show benefits, especially for ALC, others do not. If you try it, I recommend 2 gms of L-carnitine or ALC daily.

15) D-Mannose: Many MS sufferers are susceptible to urinary tract infections due to neurogenic bladder. D-mannose protects the surface of the bladder from attachment by E. coli bacteria.