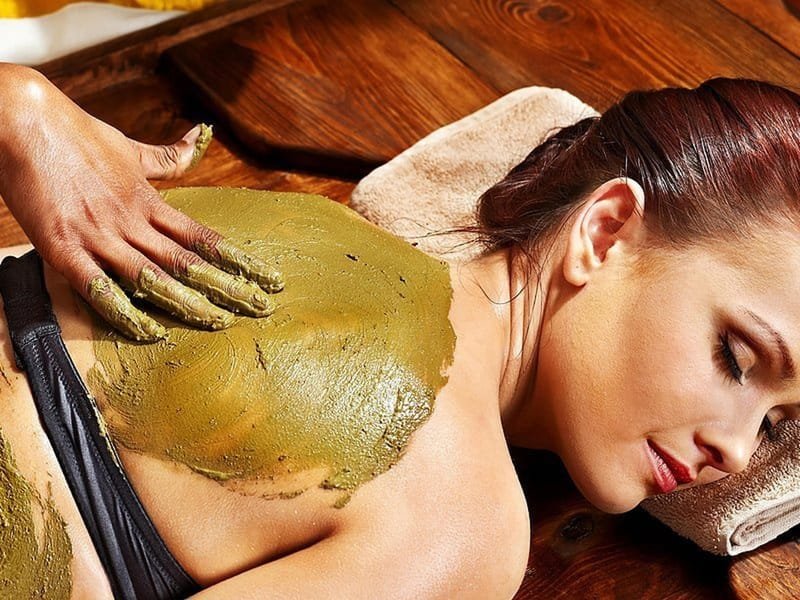 These are my notes from a class I taught in Zurich last September (2012). I use these with my MS patients as well. I hope they help you or someone you know.

Introduction
Multiple sclerosis (MS) is an inflammatory disease in which the fatty myelin sheaths around the axons of the brain and spinal cord are damaged, leading to demyelination and scarring as well as a broad spectrum of signs and symptoms. Disease onset usually occurs in young adults, and it is more common in females.

MS affects the ability of nerve cells in the brain and spinal cord to communicate with each other. Nerve cells communicate by sending electrical signals called action potentials down long fibers called axons, which are wrapped in an insulating substance called myelin. In MS, the body’s own immune system attacks and damages the myelin. When myelin is lost, the axons can no longer effectively conduct signals. The name multiple sclerosis refers to scars (scleroses—better known as plaques or lesions) particularly in the white matter of the brain and spinal cord, which is mainly composed of myelin. The cause remains unknown to modern medicine. Theories include genetics, infections, and environmental factors.

Almost any neurological symptom can appear with the disease, and often progresses to physical and cognitive disability. MS takes several forms, with new symptoms occurring either in relapsing forms or progressive forms. Between attacks, symptoms may go away completely, but permanent neurological problems often occur, especially as the disease advances.

There is no known cure for MS. Treatments attempt to return function after an attack, prevent new attacks, and prevent disability. MS medications can have adverse effects or be poorly tolerated, and many patients pursue alternative treatments.

Modern Classifications
Several subtypes of MS have been described. Subtypes use the past course of the disease in an attempt to predict the future course. They are important not only for prognosis but also for therapeutic decisions. There are four standardized subtype definitions:

Relapsing-remitting MS is characterized by unpredictable relapses followed by periods of months to years of relative quiet (remission) with no new signs of disease activity. This form accounts for about 80% of individuals suffering from MS.

The primary progressive subtype describes the approximately 10–15% of individuals who never have remission after their initial MS symptoms. It is characterized by progression of disability from onset, with no, or little remissions.

Progressive relapsing MS describes those individuals who, from onset, have a steady neurologic decline but also suffer clear superimposed attacks. This is the least common of all subtypes affecting about 5% of individuals suffering from MS.

Ayurveda and Multiple Sclerosis
This is a pathology that involves two doshas – Pitta and Kapha. Pitta as the manager of heat in the body attacks the nerve sheaths (Majjadhatu) that are controlled by Kapha. This disease is usually classified as Kapha Roga because the dhatu under kapha control is being damaged and ceases to function correctly.

Causes of this pathology are considered to be due to an excess of dosha accumulation mixed with ama or non-digested food. Different mixes of dosha and ama cause different manifestations of this disease. Any dosha can cause this pathology.

Samavata pathology causes dryness in Majjadhatu and this leads to inflammation (pitta) development as kapha is unable to lubricate and maintain correctly its dhatu. This form takes on the attributes of vata: irregularity, volatile, stress activated, worse in the autumn and early winter, difficulties with coordination and balance, etc.

Samapitta pathology causes inflammation in Majjadhatu as it increases and invades the domain of kapha. This form takes on the attributes of pitta: regularity, relapses, inflammation is more pronounced, affects pitta organs, worse in the spring and summer months, visual problems, etc.

All forms of this condition reflect typical ama pathology. As ama accumulates in the body it migrates through the blood circulation (pitta & kapha in Rasa & Rakta dhatu / srotamsi) and is deposited in various locations of the body. Once ama is deposited in a dhatu it begins to attack the tissue or it provides an environment favorable for viral or bacterial growth. This sticky ama can also cause inflammation of the tissue that it is attached to – either with or without bacterial infection.

The Ayurvedic point of view that ama is the main causal factor behind auto-immune disorders cannot be forgotten or ignored. MS is classified as an auto-immune disease because the body’s immune system attacks and damages the myelin. This occurs because ama is attached to the nerve tissue and the immune response tries to remove it. This results in the immunity attacking the nerve tissue which has difficulty to separate from the ama that has attached to the myelin sheath.

Genetic variations could account for the ama being deposited in Majjadhatu vs. other dhatus. Other factors that account for ama being deposited in Majjadhatu are overuse of the nervous system (stress, over work, shock, etc.). Injury to Majjadhatu at any time prior to the manifestation of the disease is also a factor. Lifestyle habits such as smoking and lack of exercise are major factors. Diet is the primary factor in ama production so is a primary cause of MS. Other lifestyle factors such as working with toxic chemicals and solvents will favor the increase of ama in the body.

Ayurveda views the body as being dominated by one or two doshas. This determines the nature or Prakriti of the person. There are seven classical combinations for Prakriti. Ayurveda considers this disorder to be most common in the following types of people (listed in order):
1.Pitta/Kapha
2.Pitta
3.Kapha
4.Vata/Kapha
5.Vata/Pitta
6.Vata
7.Vata/Pitta/Kapha

Therapeutic Protocols
Multiple Scloersis is classified as a difficult disease to cure, but curable in early stages. MS becomes incurable after the nerve myelin is lost or damaged beyond the body’s ability to repair it. Then it moves into the third category of impossible to cure, but possible to manage. MS is best treated in the first two years as it is still easy to reverse the pathology. Depending on the person it can still be curable up to ten years. In most cases it becomes impossible to cure after ten years. In the primary progressive and progressive relapsing sub-types treatment should be done within the first year for best results, or at least in the first two years.

In Ayurveda MS is treated with Langhana therapies to remove ama and dosha accumulation. If possible Ayurveda suggests using strong purifying methods (Shodhana) such as Pancha Karma to remove the dosha + ama deposits in the body. If this is not possible then Shamhana therapies can be used with the person over a long period of time. Shamhana therapies are preferable when the patient is too young, too old, too weak, too debilitated, or lacking financial means to perform strong Shodhana therapies each year for three or four years.

The primary form of Shamhana therapy is lifestyle or Dinacharya. Ayurvedic lifestyle includes dietary rules and daily schedules. Here are the lifestyle, Shamhana, guidelines for when Vata dosha is causing the pathology.

When Vata causes dosha + ama to move into Majjadhatu:
1)Remove coffee from the diet, black or green tea can be taken up to 200 ml per day, not more.

2)If you drink colas or soft drinks (sweat carbonated beverages) stop them all immediately.

3)Stop smoking cigarettes. If the patient is smoking more than 5 per day then a gradual reduction over one to two months is required. Abrupt stopping can cause a relapse or attack.

4)Reduce or stop all forms of alcohol from the diet. Small amounts of red wine can be taken – not more than 200ml per week.

5)Use ginger tea plus digestive spices to increase Agni (digestive capacity). See recipe at the end of this document. Dose is 10 times 100ml per day, or one liter total.

6)Increase regularity in your life. Develop habitual schedules for eating, sleeping and work. Six days per week need to be very regular and one day can be rest from the schedule per week.

7)Avoid eating between meals. Avoid sweets and chocolate. If you eat sweets eat them after the mid-day meal when they will do the less damage.

8)Daily planning:
a.Wake up, go to toilet
b.Apply a thin layer of sesame oil all over your body. Avoid putting it on your head and hair. Dress in comfortable clothes.
c.Put 1 or 2 drops of sesame oil in each nostril. Allow the oil to move to the back of the throat then blow your nose and remove all fluids.
d.Have a hot drink (ginger tea, etc.)
e.Do 10 minutes of breathing exercise – alternate nostril breathing is best, but watching the breath pass the entrance of the nostrils is good enough.
f.Have a hot shower – dress for the day, stay warm.
g.Eat breakfast – warm food in small amounts if you are not hungry. Warm food in larger amounts if you are hungry.
h.Go to work or other daily activity.
i.Mid-day – stop and eat lunch. Eat warm food if possible. Avoid cold raw foods as the only lunch. Salads can be eaten after a warm meal. Take at least 30 to 60 minutes break at mid-day. This should be a main meal in your day.
j.Return to work or other daily activity.
k.Have a hot drink in the late afternoon (16h or 4pm). Avoid sweets or candy bars.
l.Return home after work.
m.Eat the evening meal earlier rather than later. You need to have 3 hours of time to digest your dinner before going to sleep.
n.Avoid dairy products at night. NO yogurt or creamy foods. Eat lighter than at mid-day. NO desert or snakes after eating.
o.If there is a problem in the evening after dinner NOT to eat sweets then you should sit 10 minutes and to the breathing exercise that you did in the morning.
p.Before sleep apply a little sesame oil to the bottom of your feet. Cover them with socks and go to bed.
q.You should be in bed by 23h or 11pm.

9)Diet should be nourishing but simple. The evening meal should avoid heavy foods and dairy products. This will give more energy in the morning. Eating earlier in the evening and allowing more time to digest will help stabilize the energy levels and reduce fatigue. Eat enough that you are not hungry at 23h but not too much that you feel heavy.

This requires a strict diet of no animal products and no stimulants. Regular meal times should be established.

Herbal therapies
Herbal treatments are less important than diet and should be given by a qualified person. The most important in Shamhana therapies is to keep the evacuation of stool regular. Daily elimination is extremely important in the treatment of MS.